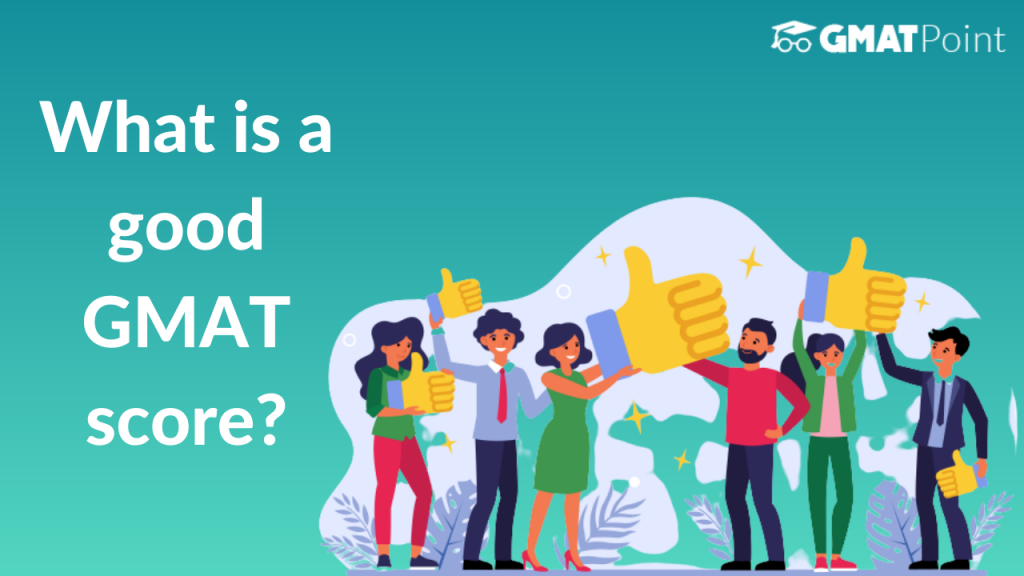 What is a good GMAT score?

A decent score varies from person to person and is determined by the business schools of interest. As a result, we must first recognise that the term “good” is a relative one. One score may be appropriate for one business school but not for another.

Thus, one technique to find a decent score is to look at the average score of the incoming class for your preferred business school. However, this is not the only process.

What is a good GMAT score?

A high GMAT score indicates strong intellectual aptitude and academic preparation. By achieving a high score, you demonstrate to admissions committees that you have the potential to not only ‘get in,’ but also ‘get through,’ the difficult MBA programme. It’s one of the reasons why the GMAT is the most important component of your MBA application.

To understand how high you should score on the GMAT, you should also comprehend the GMAT percentile rating, which will tell you how you performed on the exam in comparison to other test-takers. An 88 percent percentile rating, for example, indicates that you received a higher or equal total score than 88 percent of your peers and a lower overall score than 11 percent of other test-takers.

Let us now examine the overall GMAT score percentile ranking together with the individual Quant, Verbal, Integrated Reasoning, and AWA Percentile Ranking for students who took the GMAT between 2018 and 2020:

The GMAT consists of four sections:

Only the Quantitative and Verbal portions’ results are used to get the total score, which ranges from 200 to 800.

GMAC’s total GMAT average score (568.21), you must score more than 550, which is a 38 percent percentile rating. However, if you want to get into top business schools in the United States, the typical GMAT range is 634-734. Consider the average score for all test takers during the last three years (2018-2020):

As a result, a good GMAT score is dependent on the business school you want to attend and your goals. At other schools, even a 600 would be deemed low. Business schools with average scores exceeding 720 include Wharton, Stanford, Kellogg, UC-Berkeley, Columbia, and MIT Sloan.

Know more about How much GMAT Score is required to get a scholarship?

Factors to Consider to determine the best GMAT score

You must examine the following four factors:

We hope you found this article to be informative. You may also read the article Top MBA Colleges in India Accepting GMAT Scores (including Placements, Fees, and GMAT Cut-Offs).

If you are starting your GMAT preparation from scratch, you should definitely check out the GMATPOINT

Receive GMAT daily tests and other free preparation material made by the experts.